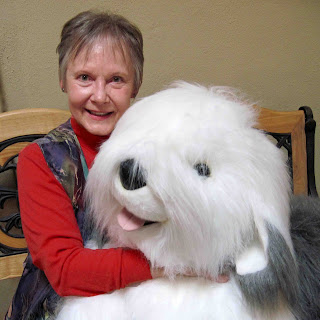 There’s no better way to escape the craziness down here in my rabbit hole (seabed?) than a good read (believe me, there’s been plenty of craziness around here since my last post and plenty of reading to offset it).

I’m particularly partial to good fantasy novels whose peculiarities offset my grim and clammy “realities”. Amber Polo’s  The Shapeshifters' Library: Released (Blue Merle Publishing, 2012), the newly published first volume of a series, is just the ticket to chase away bossy Red Queens and your jellyfish blues.


I’ve had the pleasure of meeting this busy author around my former literary stomping grounds in the highlands of Yavapai County, Arizona. She’s the quintessential jack-of-all-trades, though I suspect she’s also an expert at many of the trades she’s taken up. Her multi-faceted careers as a librarian and yoga teacher, with a few stops in between, have culminated in her current life as an author and a blogger at Wordshaping and Relaxing the Writer. She lives in Camp Verde, Arizona on an airpark mesa.

Her published work includes Romancing Rebecca, the novella Christmas on Wherever Island (The Wild Rose Press, 2007 & 2008), the award-winning romance Flying Free (Treble Heart Books, 2009), as well as the guided relaxation CD, Relaxation One Breath at a Time (cdbaby, 2005), and Relaxing the Writer: Guidebook to the Writer’s High (CreateSpace 2011) and Relaxing the Writer: Relaxation, available as the entire MP3 and in single tracks. She is also proud of her short story due to be released soon in the forthcoming anthology Biblioteca Fantastica (Dagan Books, Fall 2012). “Egyptian Holiday" is a prequel to The Shapeshifters’ Library series, explaining that Cleopatra was a dog-shifter and Caesar, a werewolf.

As for the new novel:

“Liberty [Cutter] had been born in Shipsfeather [Ohio] and had lived here until her mother disappeared when she was five years old. Her four law librarian aunts had swooped into town and taken her home with them, eventually adopting her. They refused to talk to her either about her parents or Shipsfeather. She’d taken the job of Library Director because she wanted to run her own small town library and make a difference to the townspeople—and hopefully uncover the secrets of her own history. She should have been suspicious when no other librarian in the entire country had applied for the job, but she’d been too happy to question Fate.”

Liberty’s mother’s disappearance isn’t the only strange thing about Shipsfeather. When she’s on her way to work on the only Monday she hasn’t gone in early, she finds the two-story red brick library is sheathed in smoke and flames and spots a rangy critter fleeing the scene . . .

The story amps up quickly amidst a cast of quirky characters. Liberty must deal again with her nemesis Harold Dinzelbacher, Shipsfeather’s bankster and Chairman of the Library Board of Trustees. He’s blocked every innovation Liberty has ever proposed to update the library. Amid clues that the library fire was no accident and that Dinzelbacher may be more conniving than she realizes, Liberty questions his and the mayor’s plan to situate the new library in the crumbling, old Shipsfeather Athenaeum and Academy building. 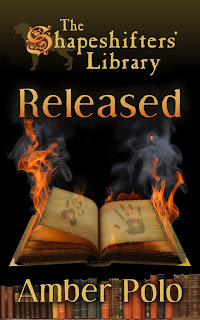 But Liberty buckles down anyway to help renovate the Academy into a shipshape library with all the cyber-age bells and whistles, even as she senses someone following and observing her. Gradually she discovers more than she’d bargained for. Her new books begin to disappear, and she finds that the Shipsfeather Academy was once a training ground for an ancient race of dog-shifters whose mission is to protect the world’s knowledge. A powerful curse sealed those shapeshifter librarians in the Academy basement while a pack of book-burning werewolves took over Shipsfeather in their quest to destroy all books and their defenders forever.

Chronus, the English Sheepdog headmaster of the old Academy and leader of the dog-shifters, cautiously befriends Liberty and they join forces to keep his pack – and the world’s books – safe from the werewolves and their crafty human supporters.

I found the premise of shapeshifting dog librarians not only fun and fascinating, but also convincing and possible. I’ve often suspected librarians and dogs as having much more colorful lives than meets the eye. After all, librarians have all the knowledge of the world at their fingertips and can answer any question given enough time to research it. The domestic dog has over 400 distinctly different-looking breeds, all cultivated from the genes of the ancient grey wolf. If any critter can shapeshift or hide its talents in plain sight, it has to be the “ordinary” dog. Blend these two versatile elements – the humble dog and the humble librarian – as cleverly as Polo does in The Shapeshifters’ Library: Released, and you’ve got, voila, a well-considered, zany fantasy.

KR: Amber, your books and CDs span the gamut from quirky paranormal romance to meditation and relaxation techniques. You’ve obviously taken the adage “write what you know” seriously. Tell us a little about your decision to write and publish particular books

AP: It all makes sense to me. I started writing a paranormal romance because there was a romance writing group close to the rural Arizona town where I moved. And I was near Sedona and these famous vortices helped. I learned many new romance publishers were looking for manuscripts. A friend told me to submit. I was accepted and I began to learn at a faster rate because I was working within the publishing process. Since my first romance started out as a parody of a romance novel, moving to fantasy felt natural. I write funny and had trouble making sure the HEA was not too quirky.

My second novel Flying Free takes place in my aripark neighborhood. All I had to do was imagine some unlikely new neighbors and try not to let my real neighbors know they were going to appear in my book. Guys like this book for the airplanes. “Senior” citizens love it for the oddball neighbors (who, of course, have NO relation to my neighbors.)

During this time, I was teaching yoga and realized what my students needed most was real help in learning to relax. Even if they didn't know it, the last twenty minutes of every class when I talked them through savasana was what they needed most. I decided to record it and add a track without a wakeup, allowing anyone having trouble sleeping to use the same techniques. When I wrote Relaxing the Writer I decided to re-record that CD and call it Relaxing the Writer Relaxation. 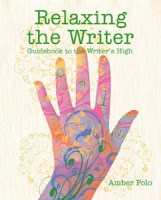 The techniques, of course, work for non-writers and both CDs are about as non woo-woo as I could make them for anyone who is stressed.

KR: I love any sort of relaxation recording, woo-woo or not . . . I need all the help I can get to relax . . . I love your voice on both your relaxation CDs / MP3s by the way, very soothing . . . Writers are contemplative folk, but we’re also often notorious workaholics . . . how do you convince writers on fire to slow down and do your relaxation exercises?

AP: Most writers know they need balance in their lives but don't know how to create that balance. In Relaxing the Writer  I've tried to give them ideas that would work for them. In short everyone need to find a mix of three categories:

Don't tell anyone, but I wish I could follow my own advice all the time.

KR: Me too . . . especially the writing advice I dispense here!

You obviously love fantasy as evidenced by your work in paranormal romance and your interviews of fantasy writers on your Wordshaping blog. What inspired you to take a leap from the romance genre into urban fantasy in Shapeshifters?

AP: The Shapeshifters’ Library is the series of my heart - I am a recovering librarian. And for ten years of my life I was owned a flock of Old English Sheepdogs. I showed in conformation and exhibited my dogs in obedience on the West Coast and later from a base near Blacksburg, Virginia (and, yes, I met all the characters portrayed in the movie Best in Show). Combining two interesting parts of my life in a fantasy felt right, and has given me a chance to promote libraries and dogs. I'm excited about Book 2 of the series and can't wait to begin Book 3.
KR: Wow, that is a fantastic feeling when our other interests and our passion for writing merge into the creation of  short story or novel . . . I can’t think of anything more fun than that.

I’m struck by the fact that you’ve produced so many books in a short time (makes me feel lazy and guilty) plus serving other writers with interviews on your Wordshaping blog and with tips on your Relaxing the Writer blog, as well as doing other volunteer work. Tell us about the drive and the discipline that keep you going .

AP: As passionate as I was about other things in my life, writing (on the good days) feels like what I was meant to do. I don't think of stopping. Actually, the first two books of the Shapeshifters’ Library each took a year. The other two novels took a year each too. The relaxation book took less time. I could have spent years on that one, but I wanted to make it short enough for the busy writer to take away some tips without boring them with stuff they already knew. I put in a lot of alternatives and enough quotes and writerly anecdotes to make it light and fun. This book gave me an opportunity to try out the self-publishing path. Throughout the publishing process, a good portion of my writing time was spent learning about writing, editing, and things like designing websites, writing blogs, setting up Facebook pages, reviewing books on Amazon and Goodreads, and many, many more tasks. Initially I did it all myself. More recently, the talented Connie Lee Marie Fisher has helped me by creating banners and book covers. She designed the interior of Relaxing the Writer.

KR: I admire her work. If I ever self-publish anything, I just might check in with Connie. . . Do you now look at librarians and figure out what dog breed they remind you of?

AP: Sometimes, but I can always tell which ones are the werewolves.

KR: *Giggles* What dog breed were you in your librarian life?

AP: I refuse to answer that question. I'd like to think I happily retrieved information like my heroine with Golden Retriever tendencies.

AP: Thanks for inviting me into your jellyfish world!

KR: Thank YOU  for braving it, Amber!  I hope you’ll return with your sequel, The Shapeshifters’ Library: Retrieved.

Join Amber at The Well Red Coyote Bookstore in Sedona, Arizona on Saturday,
September 29 at 2:00 PM for “Anthropomorphizing Animals in Print” plus dog biscuits
for those in four-footed form.


*  Download Shapeshifters' Library free on Halloween and Day of the Dead! 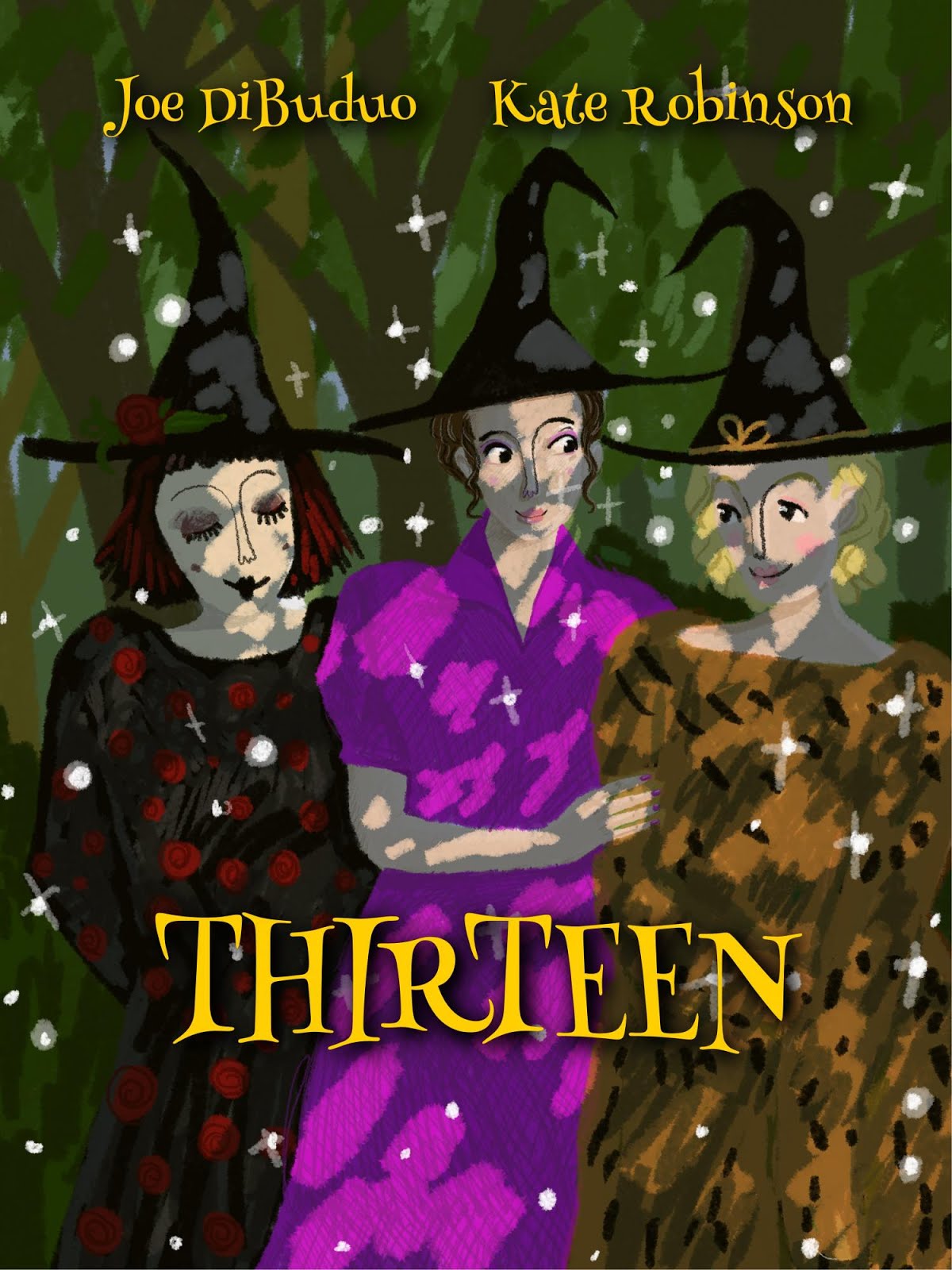 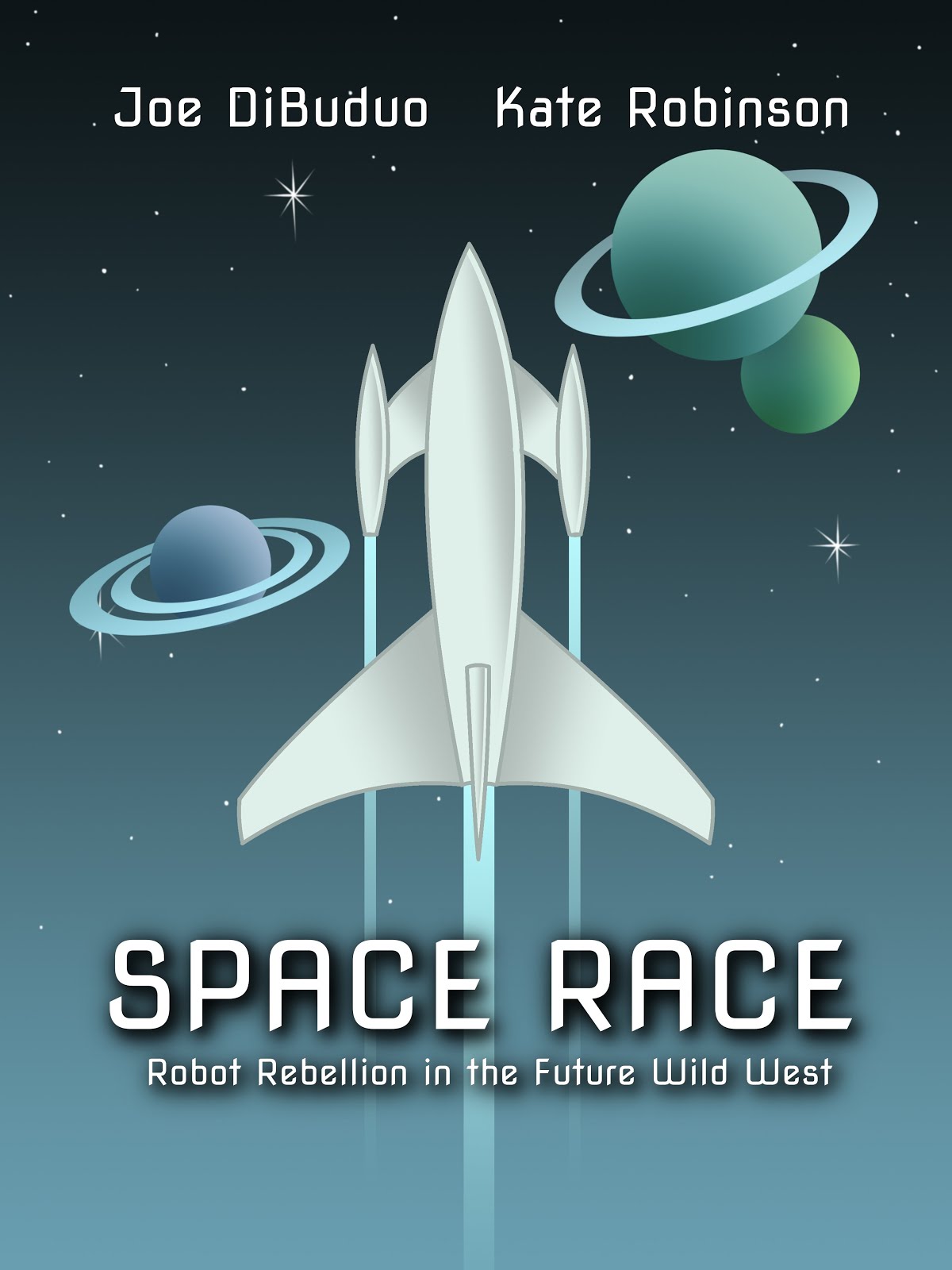 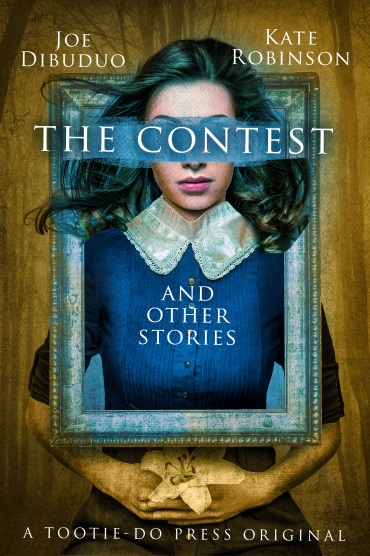 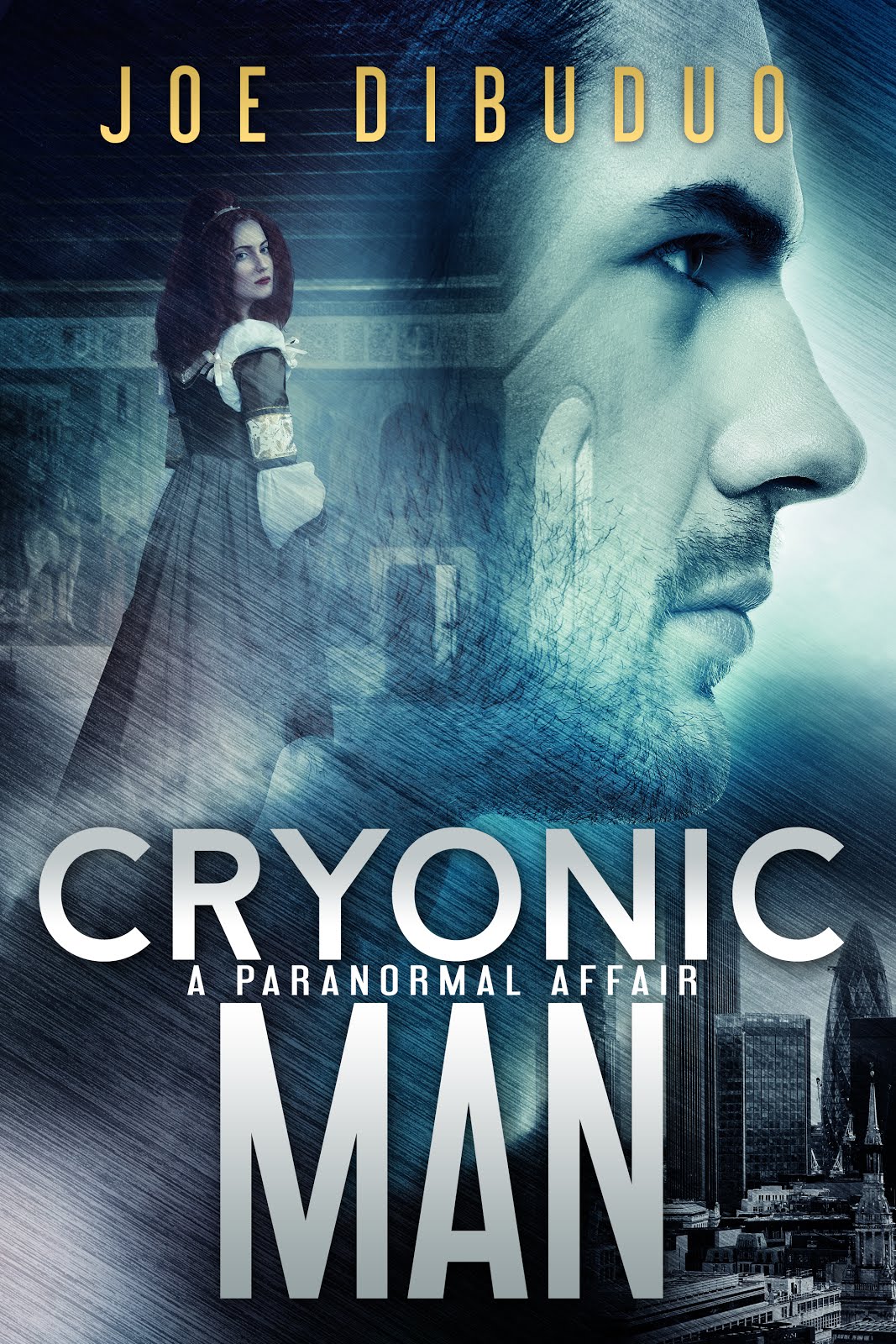 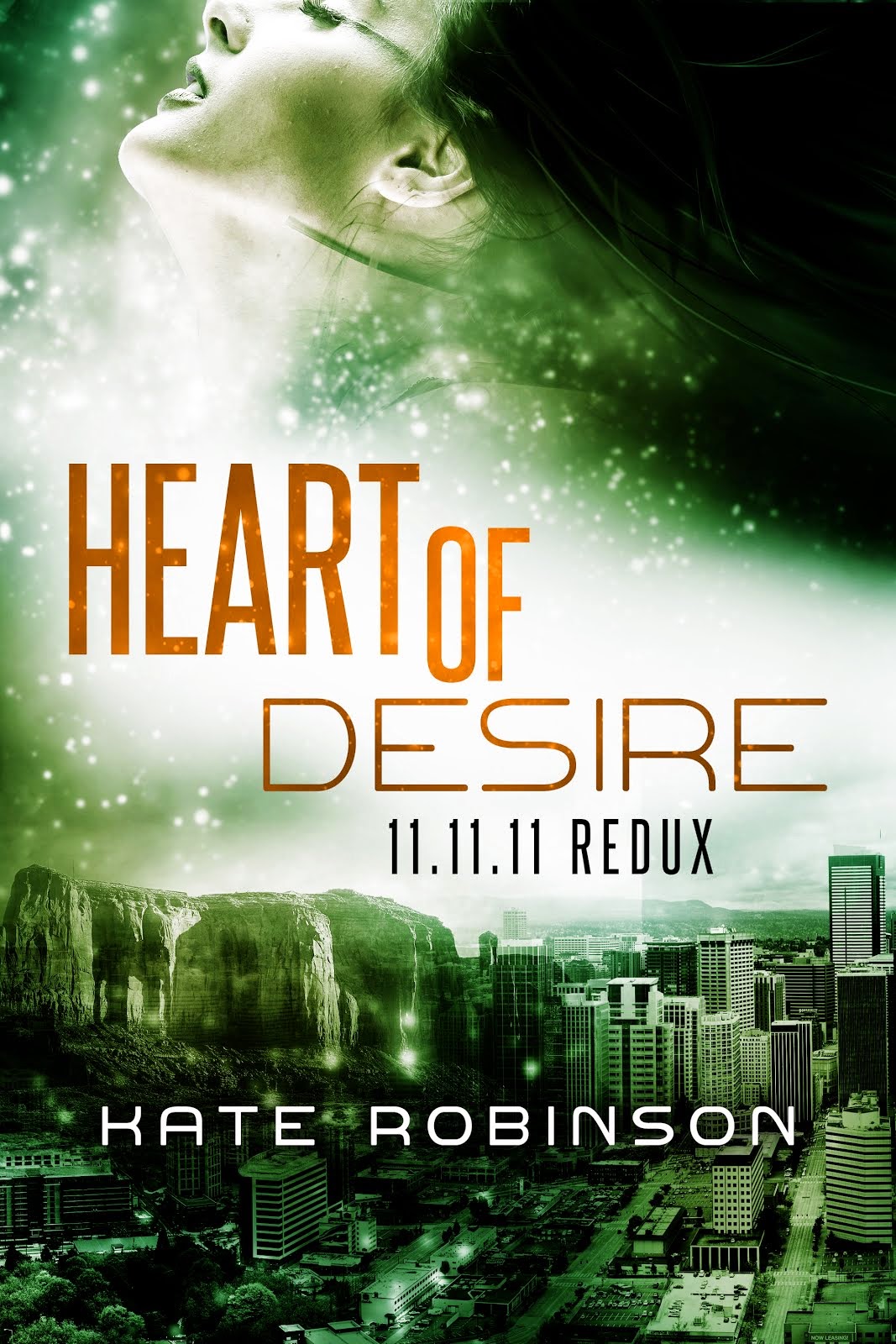 Kate Robinson
Gaia, Milky Way Galaxy
AKA @katerwriter, Kate began her literary career writing bad poetry at age ten. After (sorta) growing up and working as a grocery clerk, nursing assistant and home health aide, city bus driver, museum aide, a variety of office assistant positions, and K-12 substitute teacher, all while studying (BA 1999, MA 2010) and raising a family, more scribbling looked like a suitable diversion. Now she whacks words in redwood glades and on beaches along the California coast, and promises to dance always with absurdity and paradox. 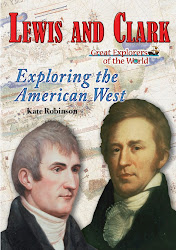 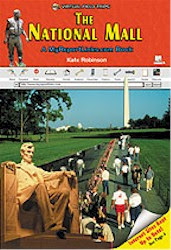 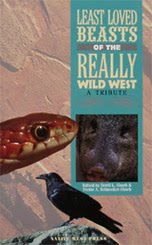 Writing the Fantastic: A Dreamer's POV 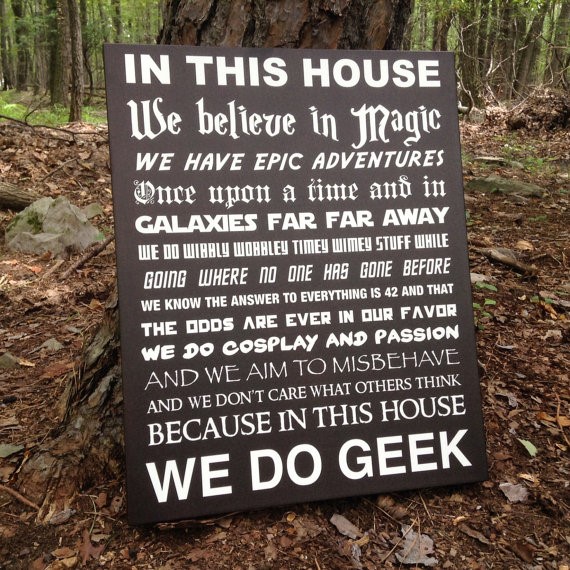 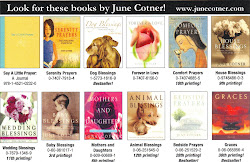 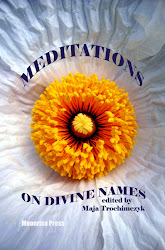 Enter the Kingdom - The New Engagement, 2017 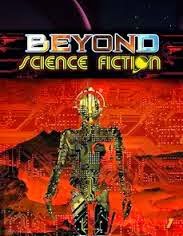 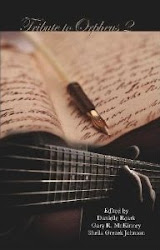 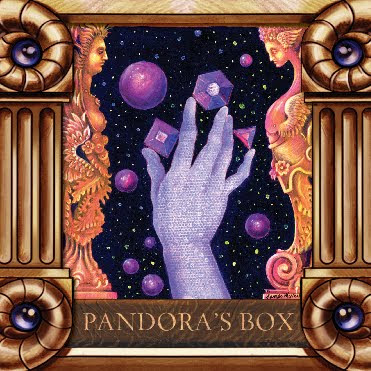 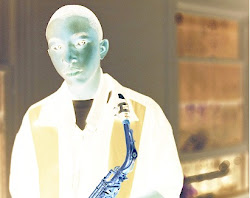 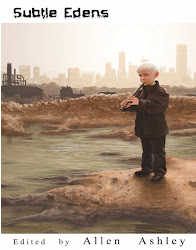 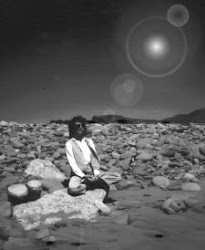 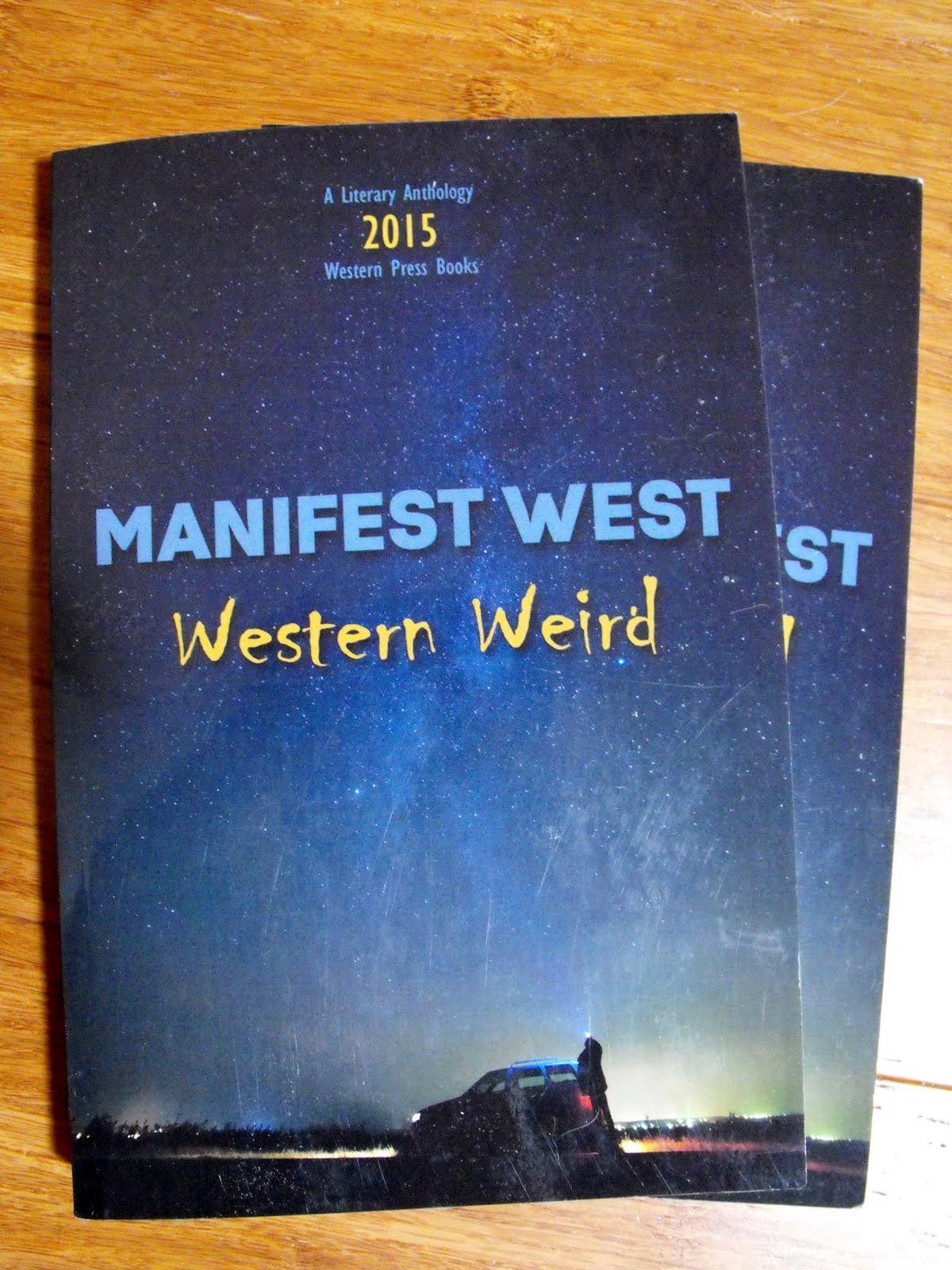 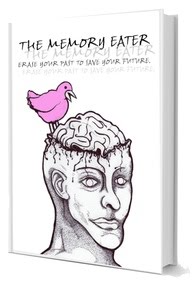 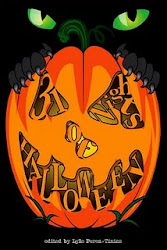 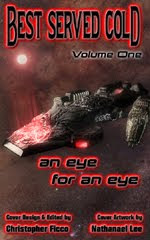 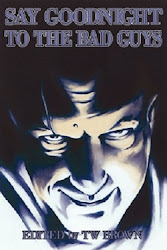